Continuing our ‘Managing in Tough Times’ series is Bret Merkle, a Sioux Falls, South Dakota, personal injury attorney whose life was turned upside down at the age of 21 after he sustained serious injuries in a motorcycle accident. Suddenly facing a life with chronic pain and loss of bodily function, Bret slowly discovered sources of joy and fulfillment that would keep him moving forward.

While he learned to push through his hardships to accomplish an impressive legal career, Bret continued to struggle with being open about his physical struggles due to a fear of rejection. As Bret finally began to appreciate the value of living authentically and creating bonds as his true, vulnerable, and imperfect self, he built powerful relationships and unmatched success in his career as a trial lawyer. Above all, he’s learned to face his fears in everything he does — whether it involves his body or his next trial.

Get ready to reunite with the TLC tribe! There’s only one chance to attend a TLC 3-Week College this year and you won’t want to miss it. Click here to learn more & apply for the September Flagship College. 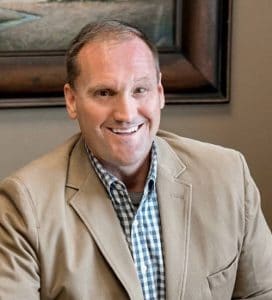 Bret Merkle graduated from the University of South Dakota with a Juris Doctorate (JD Law) and a Master of Business Administration (MBA). Bret also graduated from the prestigious Trial Lawyers College and taught there as a staff instructor from 2001 thru 2004.