TLC Grad, Chad Newman Discovers the Story of a Sacred Relationship and Wins Fight Against Allstate 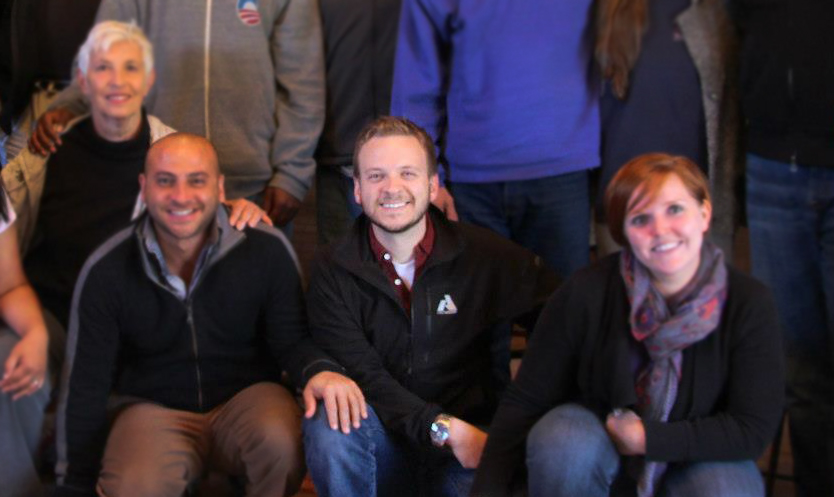 “Chad is a TLC grad and uses TLC methods in everything he does. To put a point on it, the defense counsel sent Chad a message after voir dire complimenting him on how authentic, or ‘real’ he was during jury selection.” -Blake Erskine (TLC1’10)

Chad Newman is a personal injury attorney at Erskine & McMahon Attorneys at Law in Longview, Texas who graduated from TLC’s 3-Week College in 2012 and has rooted the TLC methods into many parts of his practice. “I see other attorneys take a ‘cookie cutter’ approach. They have their stack of files, prepare for trial in a few short days, maybe visit their client once or twice, then think they can represent their client to their full ability. Afterwards, they’re satisfied with a mediocre result. My TLC experience has proven this out: the more time we spend with our clients, getting to know and understand them, the more we are able to credibly show the jury the true story that leads to the best result.” -Chad Newman (TLC1’12)

Chad agreed to represent an injured woman with a host of pre-existing conditions. As he learned more about his client and her history, the complexities of the case became apparent. Chad knew it was going to be a challenge to present his client’s case to a jury, especially in opposite a skeptical, cynical yet skilled defense attorney. Chad determined that he needed to remain true to himself: where the defense would go low, Chad and his client would go high. Chad considers himself an optimist and wanted to present that optimism to the jury. “As appealing as it might seem to be the kind of lawyer who instinctively tears people down, that’s just not me. So, I tried to present myself and our case with optimism. It was easier since I learned to love and show love for my client.”

The fight against Allstate Insurance

Chad and his co-counsel Keith Miller tried the case as an aggravation case against a defendant insured by Allstate Insurance. Chad and Keith’s client was an unemployed woman in her late 60’s who was already receiving pain management treatment for numerous pre-existing conditions when an unlicensed driver ran a stop sign and hit her straight-on. Because of her already poor health, Allstate’s top offer was $37,000.

While working to ‘discover the story’, Chad spent a lot of time talking with his client and her husband, learning their life story. “In truth, because of her pain, my client struggled to articulate how this collision affected her. Her husband, however, was the best witness to what her pre-wreck life and post-wreck life were.” Chad discovered that, prior to the wreck, his client and her husband kept their marriage fresh and energized by meeting in their garden most evenings to work together. “‘Let’s talk about how you first met…’ It turned into brainstorming key themes in their relationship. The love and time spent in their garden was almost sacred to them. That was where they would find joy with one another. On his way home from work, he would call and say ‘Meet you in the garden’, and they would go there to be together and decompress. That’s where their relationship really flourished and where their bond was created. After the wreck, she could no longer meet him in the garden. Their Eden had been compromised. I wanted to make sure the jury understood that.”

In Gregg County, Texas, attorneys have to conduct a voir dire with the recognition of conservativeness in the community. The duration of Chad’s voir dire was based on the judges discretion and he got 30 minutes for his jury selection. Because his client had been a homemaker for the last several years, Chad decided to focus the jury’s attention on the value of homemakers. “During jury selection, I wanted to get the panel talking about the value of homemakers. I started by sharing my gratitude for my wife, a homemaker. The panel members then opened up. We had a great discussion.”

Rather than have their client testify on her own behalf, Chad and Keith ultimately decided to have her husband testify. He was able to articulately and passionately describe the woman he loved and the human losses she suffered as a result of the wreck.

Chad used a soft cross on the defendant. “I wanted the story of the collision through the defendant with respect and dignity. Even though he was an adverse witness, he responded well to my approach and allowed me to tell that part of story.”  These methods are a direct result of a TLC Direct Examination.

During his closing argument, Chad reenacted specific activities his client could no longer perform. “We showed that because of this wreck and the aggravations it caused, my client’s marriage was changed. For example, whereas before she could get down on the ground to tend to tomato plants, she was now often alone at home in bed while her husband worked. The dream my client and her husband had for their golden years had drastically changed. So, I assumed the role of my client during closings.” Chad then empowered the jury encouraging them to ‘be the voice of their community, and decide how the story should end.’

$100,000 verdict for deserving client and husband

“The jury deliberated and came back with a verdict for my client of $100,000. It was a wonderful case to win for our client. We believed that our optimism and compassion were contagious. Hopefully, even if just for a few jurors, the perception of what a lawyer can be was changed. A lawyer can be a human being that loves other human beings. I think that’s what really matters.”

“Several weeks later, I ran into a woman who told me she recognized me from this case’s jury selection. ‘How was it?’ I asked. ‘It was great! Made me look forward to jury duty again!’ That felt pretty great.”