TLC alum Greg Antollino (TLC July 2003) discusses his recent Supreme Court victory, in which the SCOTUS ruled that employment discrimination on the basis of sexual orientation or gender identity is prohibited under federal civil rights laws. Greg’s client was dismissed by his employer after a customer complained that he revealed his sexual orientation to her during the course of his work.

Greg’s client passed before the SCOTUS decision, but Greg persevered on behalf of his client and all LGBTQ Americans.

The June decision represents the most significant LGBTQ ruling since the SCOTUS legalized same-sex marriage in 2015. 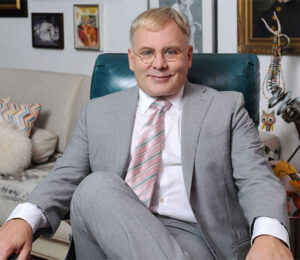 Gregory Antollino attended NYU School of Law, where he was a member of The NYU Law Review. He a graduate of Northwestern University, where he studied history and creative writing. Before law school, Greg worked with autistic children and with the City’s Administration for Children’s Services. He worked at two large law firms – one private and one public – before starting his own firm.

Greg believes creativity matters and that he gets the most satisfaction out of helping people who have had their rights violated or suffered oppression.

Greg limits his practice, proudly representing victims of employment discrimination, or other civil-rights violations (wrongful arrests, wrongful prosecutions, police brutality, aka “excessive force”). He also stands with people who haven’t been paid salary in accordance with federal and state rules.