TLC Podcast host Rafe Foreman interviews TLC President John Sloan on the strength of the Trial Lawyers College. A TLC graduate and seasoned trial lawyer, John graduated from TLC in 1998 and joined the faculty in 2002. He was named to the Board of Directors in 2010 and has served as President since 2014.

In this interview, John shares his belief in psychodrama as the bedrock of the Trial Lawyers College, and as an essential tool in connecting with clients and jurors. “The surprising thing is that through the psychodramatic method, you’re going to find something in common with everyone.” John first discovered psychodrama at the Trial Lawyers College in 1998, more than 18 years into his practice. “I had had some success by then, but I realized at TLC that I really didn’t know very much about what was available to me in the practice of law. I didn’t understand the power that could be at my beck and call if I was willing to put in the work to…discover the story, discover the emotion of the story, to learn to love even the unlovable client.”

John describes the challenges the Trial Lawyers College faces in planning seminars and colleges in the midst of a pandemic and discusses how the College might evolve in the future, from video conferencing to offering more advanced training at regional seminars. “We have an incredible staff committed to our method, who have worked their butts off for years in continuing our method, perfecting it, and figuring out better ways to teach it. The Trial Lawyers College is strong, is going to continue, and is going to be better.” 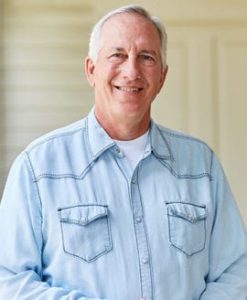 John Sloan received his Bachelor of Business Administration degree from Baylor in 1977 and enrolled at Baylor Law School, where he began to hone his trial skills in the school’s renowned Practice Court.

He earned his J.D. in 1980 and returned to East Texas, joining a firm in Henderson. John immediately began trying cases, including a murder trial just five weeks after he received his law license.

Within three years, John decided that he wanted to focus on personal injury cases. He moved to Longview and opened his own practice. He has been trying cases in East Texas and courts across the country ever since.

For several years, John served on the Board of Directors of Habitat for Humanity. He has also worked with Justice for Children, which provides pro bono legal advocacy for criminally abused children. He has coached kids in just about every sport.