Chris Trundy, a TLC faculty member from Massachusetts, discusses the delicate and powerful issue of institutional racism in the United States court system and the crossroads between civil prosecution of these claims and the TLC methods.

Standing among the top trial lawyers and psychodrama experts in America, Chris’ career took off in the early 90s when he served Massachusetts as a private court-appointed lawyer. Despite taking a high volume of cases and seeing first-hand how institutional racism impacted the lives of those he was representing, Chris is open about his initial skepticism.

As you listen to this week’s podcast, you’ll learn the stories and circumstances that influenced Chris’ burgeoning awareness — from sentencing biases to poor jury diversity — and gain invaluable insight into the ways that judges and trial lawyers can propel change from the inner workings of the justice system. 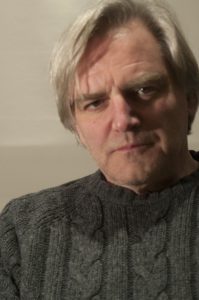 Chris Trundy is a 2002 graduate of the Trial Lawyers College and has been on the faculty since 2009. After his TLC graduation, Chris regularly participated in annual graduate and regional programs to understand and use the TLC methods and psychodramatic techniques in every aspect of representing people in court accused of serious crimes, victims of negligence, and workplace discrimination.

By ‘Discovering the Story’ with his client from the first interview, Chris uses methods from the outset of every case, re-discovering the story continuously throughout his preparation, and inviting his opponent and the judge to reverse roles with his client during trial. He consistently encourages his jury to exercise their great power to right a betrayal.