Have you ever wanted to talk to the jury after a trial? TLC podcast host Rafe Foreman recommends it, and in fact insists on it himself. Imagine the insights you could gain from talking to an actual juror about the trial.

Today we have what is likely to be an epic podcast, and a first in TLC history. TLC Graduate Benjamin Cloward (TLC Sept 2013) recently won a $38 million unanimous verdict for an inadequate or negligent security case in Las Vegas, Nevada. Today Ben and one of the jurors on the case join Rafe to give you a few key insights into the trial, her role and experience as a juror, and Ben’s own unique interpretation of how TLC methods and collages helped secure this victory.

Ben reveals some critical insights as to how he accomplished this tremendous feat and how it impacted the jury from the point of view of an actual juror. The vulnerability shown by both of our speakers here today reveals their passion, their drive, and their sincerity. You will not want to miss this journey down the justice highway. 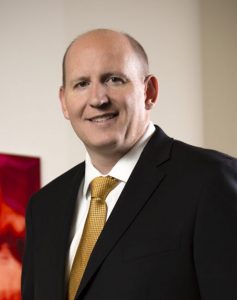 In 2017, Ben Cloward was recognized as the Nevada Justice Association’s Trial Lawyer of the Year, the youngest to receive the award. He was also named to the National Trial Lawyers list of “Top 40 Under 40,” reserved for the best young trial attorneys in the country.

Over the past several years, Ben has obtained verdicts in excess of $10 million on several cases; successes he attributes in large part to the methods learned at the Trial Lawyers College. As a follow-on to one of those cases, Ben successfully lobbied the Nevada legislature for passage of AB234 “Harvey’s Law,” requiring paratransit bus drivers to be trained in first aid. Harvey’s Law was inspired by Ben’s work with the Chernikoff family, whose mentally disabled son, Harvey, choked to death while riding a paratransit bus.

Ben loves people and loves to fight for those who can’t fight for themselves. When he’s not in the courtroom, he likes to be outdoors, hunting, fishing or long-range target shooting. Ben is a devoted husband, father and Boston Red Sox fan.