TLC Podcast Episode 30: Milton Grimes on the Power of Truth

Episode 30: Milton Grimes on the Power of Truth

“I started out with the attitude that I can’t lie my way through this profession because I thought I was in a fish-bowl, in that I was the lone African American lawyer in a vast rich county, OC, California. So I started out with the fear that if I ever got caught lying, I would lose all respect and integrity, and it would be too hard to fight for what I thought was what I believed in if I took on that approach, so I had to be open and honest to a fault, and from that evolved the reputation what Milton Grimes says may not be agreeable, but it is his truth.” – Milton Grimes, Vice President & TLC Faculty Member

Milton Grimes, TLC Vice President and co-leader of the California Regional Seminar on Voir Dire, March 2-4, 2018, talks in detail about what the great lawyers have in common; about racism in America; and how taking action to stand up for what you believe in and speaking with ultimate honesty can free you in the courtroom and win the justice your clients deserve. 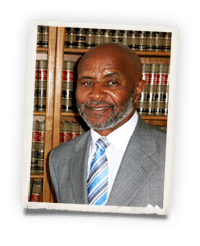 Mr. Grimes has been a trial lawyer since 1974, and has tried over 300 jury trials in both civil and criminal cases in ten (10) states. One of his greatest sources of pride is his representation of Rodney King in his Civil Rights suit against the City of Los Angeles for a verdict of 3.8 million. Throughout his career, Milton has received numerous awards including Lawyer of the Year, Loren Miller Award (2003) – presented by the John M. Langston Bar Association, Lawyer of the Year (1994) and (2001) – presented by the California Association of Black Lawyers, and the Dedicated and Distinguished Service in the Area of Civil Rights Award (1997) – presented by the Garden State Bar Association. He was invited to join the faculty of the Trial Lawyer&#39;s College in 1995, and he has served on its board as Vice President since that time as well.