“The one group of people that can treat you fairly are jurors. And we, as trial attorneys, if we lose the jury system, we are done. We are so done, and it’s our job to find the fairness in the people to get them to do something just for our client…we can never ask the jurors to do something we are unwilling to do. So if we can dig deep down and find some part of our client that we can love, and show that to our jurors, I think that’s when we can find some fairness.” – Zaki Zehawi, 2009 TLC Grad & Faculty Member

Zaki Zehawi (TLC ’09), San Diego state public defender and TLC faculty member has dedicated his life to criminal defense. In this interview, he talks about some of the most difficult issues that public defenders face, how to work with difficult clients, accountability to yourself, and what are the most essential skills necessary to be the best advocate for your client. 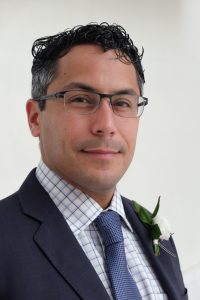 Zaki and family left everything behind when he and his family escaped from Ghadafi’s Libya in the early 1980s. Since then, he dedicated his life to criminal defense. The United States holds the dubious title of world’s greatest incarcerator. He hopes to provide some humanity to a lost soul in a crushing, punitive justice system which incarcerates more of its citizens per capita and houses the largest inmate population in the world. Zaki began his legal career at the San Diego Office of the Public Defender as a misdemeanor attorney. After two years, he transferred to the San Diego Federal Defenders Office, defending federal felonies. After another two years, he transferred back to the San Diego Office of the Public Defender to defend state felonies. He now works at the San Diego Alternate Public Defenders Office, defending only serious felonies.