Episode 21: Criminal Defense Lawyer, Don Malarcik, on the Most Powerful Forces in Trial

“It’s very tempting to put up your defense mechanisms that we’ve all honed over for years and decades and to try not to feel. But you can’t be effective in a death case, or any trial without feeling and being real. So, the Trial Lawyers College has given me the tools to do that in a healthy way. It starts with being open and honest with how I feel.”

“Being open and honest with the jury about what they experience, and more importantly giving them some tools to process it and experience it together as the trial unfolds, allows them to get through the first reaction of ‘I’m so angry that this happened’. They are able to deal with a little bit deeper emotions and get to the point where it’s beyond anger and get through some sort of grieving so they can take a look at the question of the day of ‘how did this individual I’ve convicted of doing these horrible things get to this place, and I, as a human being, signing my name to a death warrant to execute this individual’. That’s a very difficult job and needs a specific skill set to prepare the jury to do that job.” – Don Malarcik, 2001 TLC Grad & Faculty Member

Don Malarcik is a criminal defense lawyer who specializes in capital cases. In this podcast, Don talks about the powerful forces in trial and dealing with the stress of a criminal defense law practice; the incredible pressure to win client’s freedom or in fact, life; and how feeling and modeling compassion and empathy is essential to winning the trial. 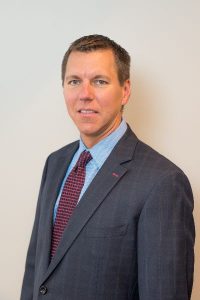 Don Malarcik graduated from Kent State University in 1990 and the University of Akron School of Law in 1993. During law school, Don interned with Justice Brown of the Ohio Supreme Court. He is admitted to the Ohio Bar and in the Northern District of Ohio Federal Court and the Sixth Circuit Court of Appeals. Don is a trial lawyer who has handled numerous criminal, civil and juvenile matters. During his career as a criminal defense attorney, he has tried everything from the death penalty to disorderly conduct cases. Don graduated from TLC in 2001 and joined its faculty team in 2006. Don has repeatedly been named one of the top criminal defense lawyers in Northeastern Ohio by Inside Business Magazine; he was chosen as a Leading Lawyer by his colleagues; and while in 2005 he was named an Ohio Rising Star by Super Lawyers Magazine, today his star has clearly risen and continues to rise!