TLC Podcast Episode 20: Paula Estefan on Hostile Jurors, Empathy and Getting the Jury to Engage

Episode 20: Paula Estefan on Hostile Jurors, Empathy and Getting the Jury to Engage

“I think we all are fearful of the hostile juror that starts talking about tort-reform but I’ve learned to embrace that person instead of either fighting them or running from them because those are really the 3 options you have; stop, listen, and stay with them, run from them, or fight them. I used to run from them and every once in a while I would fight with them or try to change their minds but that clearly was not the route to take. Going to TLC really made me stop and listen to what they are saying and stop thinking about my own agenda of trying to find the next question I want to ask and not caring about what their answer truly is..” – Paula Estefan, 2006 TLC Grad & Faculty Member

Embracing a hostile juror, getting the jury to engage, using silence as your friend, and finding empathy. These are the skills that matter in a successful voir dire. In this podcast, Paula Estefan, Conroe, TX Trial lawyer and TLC faculty, talks about the importance of listening and how to conduct a successful voir dire. 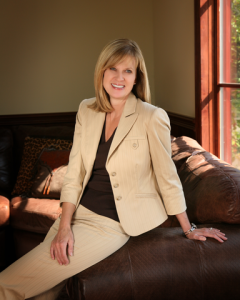 Paula Elliott-Estefan is a Personal Injury & Medical Malpractice Attorney in Conroe, Texas and is a partner at the Elliott & Little Law Firm. She graduated from TLC in 2006 and has been on the faculty since 2011. “TLC has given me a family of at least 1000 closely-connected friends that lend support and assistance to me on cases and just about any other matter at the drop of a hat.” Paula has seen a large impact in her settlements and verdicts since she started her training with the Trial Lawyers College, and she is a popular faculty member for the way she connects with students, especially at TLC’s 3-Week course.