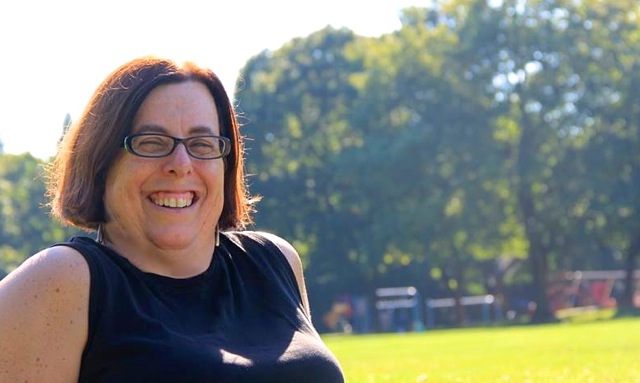 ‘K.O. has represented juveniles since 1990. No case — and no kid — scares K.O. away. She works tirelessly for her juvenile clients, recognizing that they are kids regardless of what they are charged with, and regardless of how much the state or the court or the press try to demonize them. K.O. thoroughly and completely researches every issue and knows the national scene. Without her tenacious advocacy at the trial court level, our compatriots would not have brought home appellate victories. K.O. has also been intricately involved in influencing the law as a lobbyist for the Juvenile Rights Project (now Youth, Rights & Justice), assisting Emily Simon with the Ballot Measure 11 project from 1998 to 2000 and serving as a member of the Oregon Youth Authority Advisory Committee. She is a longtime member of OCDLA’s Legislative and Juvenile Law committees and has been presented with five President’s Awards since 2007. Every ounce of K.O.’s efforts has been and continues to be dedicated to improving the lives of her clients and others like them — kids most people want to lock up and forget.’ – OCDLA Oregon Criminal Defense Lawyers Association

In 1990, K.O. started working for the Juvenile Rights Project. It’s a public defender organization that only represents individuals in juvenile court. K.O. worked in the public defender’s office until 2005, focusing primarily on representing juveniles that were charged with violent crimes. In 2005, she opened her own office, and now has a contract with the state of Oregon to represent people, mostly juveniles charged with aggravated murder.

K.O. was motivated to attend and graduate from TLC’s then month-long college in 1996 because Oregon, during that time, had passed a law allowing 15-year olds to be tried as adults in violent crime cases. She wanted to get more experience in jury trials to be able to fight for her clients. K.O. spent several years away from TLC after her graduation, but attended a seminar in 2010. “I was representing a man charged with aggravated murder and facing the death penalty that I firmly believed was innocent and that scared me. And, My first thought was to go to a TLC seminar.”

Problems in the Criminal Defense World

It’s easy for politicians to run tough on violent crime and to talk about how people need to be ‘removed from society’ for the public’s safety. “There’s no way to say, ‘Because we have these programs, these children didn’t commit crimes’, but it’s easy to say, ‘This one person did’ and to make laws based on that one person versus looking at all of the successes that we have or we should have by supporting the social service safety net.”

K.O. resides in Oregon, and although there are some efforts moving in positive directions, there are still problems. “Oregon is a really big state in terms of success and failure. The biggest failure we have is that we still have this law that’s moving so many juveniles into the criminal justice system. It’s the kind of law that was put in before the Oregon Youth Authority was developed. The Oregon Youth Authority is doing some very interesting work based on the developmental focus of juvenile corrections. The system is based on what’s known as ‘positive human development’ where the idea is now to continue to focus on the negative things that abuse has done in their lives but to focus more on how to channel that energy into activities.” Although the Oregon Youth Authority has been seen as kind of a ‘national model’ on this new idea about the developmental approach to juvenile justice, Oregon is still one of the few states that send so many juveniles into the adults’ criminal justice system. “We have a lot of good things happening but our politicians are unwilling to take advantage of that progress and go against the status quo by standing up and saying these children should be continued to be treated as children. Right now, we just don’t have that in Oregon.”

K.O. is one of the faculty members of the annual Trial Lawyers College Criminal Defense Seminar: In Defense of the Damned, at Thunderhead Ranch in Wyoming each summer. She believes it’s hugely important for TLCers to remember to care for their clients and the impact that can bring to their cases. “I think that often, with criminal defense lawyers, it’s easy to get caught up in the public perception of your clients, and that can be dangerous. It’s critical to remember that if we want redemption and we believe in our clients and really do care for them, then we need to remain conscious of that in every second that we represent them and even afterward. We have to believe in their redemption.”

TLC wants to give a personal congratulations to K.O. Berger for her receiving the 2018 Julie H. McFarlane Lifetime Achievement Award. We know the effort she puts into her cases and clients. We are happy to see that her passion and energy is widely recognized. Want to work with K.O. Berger? She will be a Faculty Co-Leader with Eric Fong & Steve Fury at TLC’s upcoming Washington Regional Seminar on Closing Argument. Register here if you want to attend!